The main stories over the Christmas and New Year period:

A scandal-hit Network Rail director in Scotland has been sacked amid claims he favoured a friend by promoting her to a top post. [Daily Record]

London Underground was bracing itself for a strike by one of its unions after members voted for industrial action over plans to close all Tube ticket offices. [Financial Times]

First Great Western had more crimes on its network than on any other train company in the country, reports the [Bath Chronicle]

A key report used by the Government to make the economic case for High Speed 2 has been critically undermined by the Department for Transport’s own research, which suggests the study’s methods exaggerated the benefits of the project. [Daily Telegraph]

Transport minister Stephen Hammond is one of the most frequent users of chauffeur-driven cars which carry ministers or their red boxes across the UK, according to official documents. [The Guardian]

An average 2.8% increase in rail fares came into effect last week, pushing the cost of some commuter travel to more than £5,000 a year. [BBC News]

Twenty-five stations will be added to London Overground when two east London suburban rail services are incorporated into the Transport for London network. [Evening Standard]

The head of the £14.8bn Crossrail programme has warned of bigger challenges to come as the scheme to build an east-west rail line under London approaches its halfway point. [Financial Times]

Other stories over the Christmas period

In a piece to mark Arriva Trains Wales‘s tenth anniversary, [WalesOnline] quotes experts as saying “the main deficiencies are down to the 15-year franchise awarded by the UK Government in 2003, rather than Arriva’s management”.

An anonymous [Guardian] piece by a rail industry insider writes of the Intercity Express Project, calling it “the costly high-speed rail plan that time forgot”.

Figures reveal some rail passengers have had to contend with more than half their trains running late in the last year. [Evening Standard]

More must be done to ensure the transport network keeps running during severe weather, MPs have said. [Financial Times]

The December timetable change marked the heating up of competition between West Coast operator Virgin and government-run East Coast for passengers on the London to Scotland route. [Global Rail News]

Labour has accused a Conservative transport minister of “hypocrisy” over the shortage of train services on Boxing Day. [The Independent]

London Underground is throwing its stations open to greater commercial development as part of an overhaul of the world’s oldest metro system designed to boost the network’s takings. [Financial Times]

Bombardier has lost a £354m contract to overhaul the signalling on some of the oldest parts of the London Underground after citing incompatibility between its system and the Underground’s. [Financial Times]

Arriva has pulled out of its Maltese bus operation. [Bus and Coach]

Eurostar and Le Shuttle passengers will now be able to make calls and access the internet while travelling from the UK to France following the signing of a new deal with phone operators EE and Vodafone. [Global Rail News] 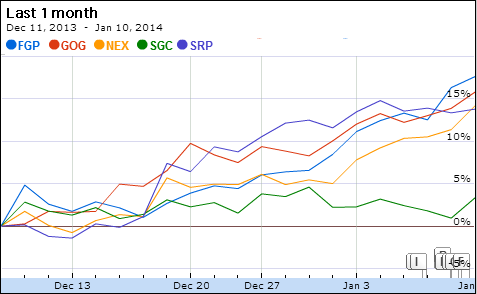